Apple Inc. announced today that it has filed a lawsuit against Israel’s NSO Group.¸

Apple has filed a lawsuit against NSO Group and its parent company, holding them responsible for monitoring and targeting Apple users. The complaint contains new information about how the NSO Group infected victims’ devices with the Pegasus spyware. Apple is also seeking a permanent injunction prohibiting the NSO Group from using Apple software, services, and devices to prevent further exploitation and harm to users.

NSO Group is the company behind Pegasus, a powerful spyware and surveillance platform that can infect and hijack even the latest iPhones.

Apple cites that this tool has been repeatedly used to compromise and monitor innocent victims.

Researchers and journalists have publicly documented a history of this spyware being exploited to target journalists, activists, dissidents, academics, and government officials

According to court documents, Apple is seeking a court injunction against NSO Group, asking a judge to ban the company from using its devices and software.

Legally, the injunction effectively prevents the NSO from introducing the Pegasus spyware into new Apple devices, and also prevents NSO employees from updating the spyware to support the new iOS.

Apple is the second major tech company to sue NSO Group in a U.S. court, and in October 2019, Facebook (now rebranded as Meta) also sued the Israeli spyware maker for creating and using WhatsApp zero days in May 2019. The company was sued.

Similar to Apple’s lawsuit, Facebook alleges that NSO Group sold zero days to suspected customers who then exploited them to hack into the devices of seemingly innocent people, including lawyers, journalists, human rights activists, political dissidents, diplomats, and government officials, as part of a broader surveillance effort.

They claimed that the hack was part of a broader surveillance effort.

In the case of Apple, the OS maker cites an exploit kit named “FORCEDENTRY” developed by the NSO group in early 2021.

Citizen Lab reports that this exploit kit was sold to a client of the Bahraini government and was exploited to hack dissidents, bloggers, and political rivals.

Ron Deibert, director of the Citizen Lab at the University of Toronto

I commend Apple for holding them accountable for their abuses and hope that by doing so, justice will be brought to all those who have been harmed by the NSO Group’s reckless actions

In addition, Apple announced that it will donate $10 million plus damages from the lawsuit to an organization that is researching cyber surveillance tools.

Here are some comments from the NSO group.

Our technology, used by NSO Group customers, has saved thousands of lives around the world. While pedophiles and terrorists are free to operate in technologically secure areas, we provide governments with a legitimate means to combat them.

The NSO Group will continue to speak out for the truth

Is Apple an opportunist?

This Apple lawsuit is also due to the fact that the US government has imposed sanctions on Israeli companies, effectively making it impossible for US companies to get involved with the NSO.

Stefan Soesanto, a senior cyber defense researcher at the Center for Security Studies at the Swiss Federal Institute of Technology (ETH) in Zurich,

To me, Apple’s announcement seems very opportunistic and more like a cuddle campaign to get along with the research community

Overall, I think it’s more likely that Apple, rather than NSO I think they are trying to change the conversation from security and privacy shortcomings 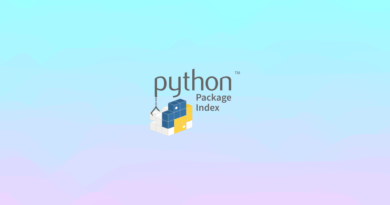